Taiko no Tatsujin Wiki
Register
Don't have an account?
Sign In
Advertisement
in: PlayStation Vita, Games, Games that are on PlayStation consoles

View source
watch 01:36
We're Getting Mutants in the MCU - The Loop
Do you like this video?
Play Sound

The base game comes wtih 88 songs, 28 of which are Namco original songs. It can be expanded with the DLC songs.

The gameplay is pretty much the same as the recent Taiko no Tatsujin titles, in addition of the modifiers featured in prior games, V Version added the Spartan (Japanese: とっくん, Tokkun) modifier, in which the game will restart the song if the player missed a note during gameplay.

All features from the 3rd generation Taiko no Tatsujin games, such as abilities to change Don's clothing and Taiko sound, were included.

One day, when Don is cleaning the house, he found a mysterious book that didn't belong to him or his brother Katsu. Unfortunately, they are both get pulled into by the book and are sent to the strange world where there are two moons floating in the sky.

When the two wandering around the new world, they get attacked by a large dragon. Luckily, a girl named Maple helps them out and they defeat the dragon.

The two heard from Maple that the large dragon they just encountered is in fact one of those evil beings called 'Noise Devil', and they are attacking many villages in the strange world. Hearing this, Don and Katsu offer to help out Maple, and so their journey to defeat the Noise Devils begins...

There are character cameos in the Donder Quest mode, usually they appears as supports or as deathblows. They are: 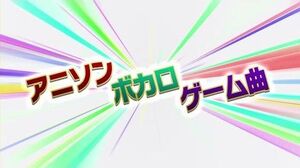