The core gameplay of the game is the same as the recent Taiko no Tatsujin games released so far. Just like the DS and 3DS games, what set it apart from the others is that the detachable Joy-Cons on the Nintendo Switch can be used as a pair of air-bachi stick for an alternative control scheme.

Also included in the game is the Party Game mode, which includes 20 mini-games with two difficulties. The game also includes the Don-Katsu Fight mode, a local 2-player multiplayer battle mode that was added on May 16, 2019 via update. The online-only Online Ranking Match Mode (Nintendo Switch Online subscription required), added on December 10, 2019 via update, put donders against other donders from around the globe in the real-time performance battles. The also-online-only eSports Tournament mode, added on August 19, 2020 via update, puts 4-8 donders going head to head against each other in a tournament.

The language of the game is automatically set based on the system language on one's Nintendo Switch console, the game will set in English if the console's system language is set to anything other than the supported languages. Note that the supported languages varies depends on the version of the game. The Japanese and Asia release of the game only has Japanese, Chinese, Korean and English languanges available, while North America and Europe release has English, French, Italian, German and Spanish. 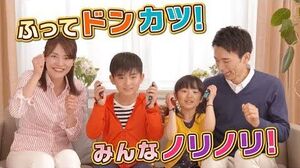 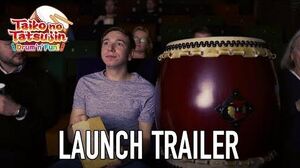 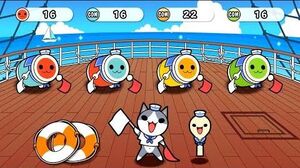 Retrieved from "https://taiko.fandom.com/wiki/Taiko_no_Tatsujin:_Drum_%27n%27_Fun!?oldid=10523"
Community content is available under CC-BY-SA unless otherwise noted.