Taiko no Tatsujin Wiki
Register
Don't have an account?
Sign In
Advertisement
in: Games, Games that are on Nintendo DS and 3DS

The basic gameplay of this installment is the same as Taiko no Tatsujin: Don and Katsu's Space-time Adventure.

The story mode's gameplay mechanics were improved from the previous game. Instead of 4 team members, Mystery Adventure allows up to 8 team members per battle. A new mechanic, called Taiko Magic, was introduced and allows player to initiate Taiko Magic attacks by gathering magic gauge and then touch the magic mark when the gauge is full. The Gekitotsu notes from Taiko no Tatsujin Wii: Do-Don to Nidaime! also make a return for this game.

One day, a exhibition museum showcasing mysterious items was open in Don and Katsu's town. The Taiko duo were the first to be invited into the museum. There, the two met Tia and Popo Kaka.

During the museum tour, however, a group of magicians known as Sorcery Society Hexagria suddenly appeared and stole a item, the necklace of Lion's fang, from the museum!

Knowing that something bad will happen if they didn't get back that necklace, Tia asks Don and Katsu for help.

Don and his group followed the magician group into Greece, only to find out the ancient towns and temple of Greece were somehow restored to their original state like new! At the same time, strange things began to happens around the world, such as the Moai statues have disappeared from the Eastern Island and icebergs were melting in Antarctica!

Can Don and his co. find out the root cause of those strange events and save the day?

Note: The * mark indicates that this is the character's first appearance in the franchise. 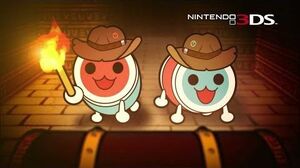 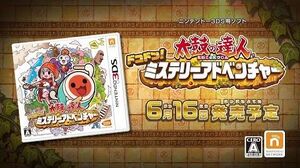 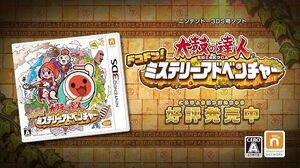