Unfortunately, Katsu, the youngest of the Taiko drum duo, slips on a banana peel and crashes into a wall, knocking him consciousness in the process. As he wakes up, Katsu find out that he missed the flight and Don and the others have already left for Hawaii without him. 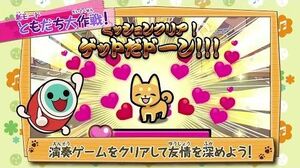 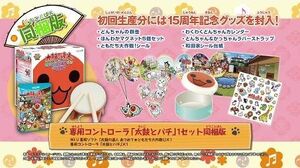 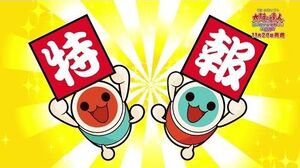 Retrieved from "https://taiko.fandom.com/wiki/Taiko_no_Tatsujin:_Atsumete%E2%98%85Tomodachi_Daisakusen!?oldid=4641"
Community content is available under CC-BY-SA unless otherwise noted.