Katsu Wada (Japanese: 和田かつ, Wada Katsu), usually referred to as Ka-chan or Katsu-chan (Japanese: かっちゃん, Katchan), is the secondary main protagonist of the series. He is Don's twin brother.

He is every bit as crazy as his brother. Like his twin, he has a big appetite but unlike Don, he has the tendency of holding back.

His specialty is drawing. 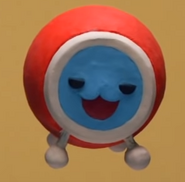 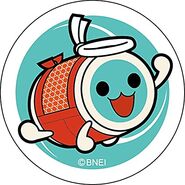